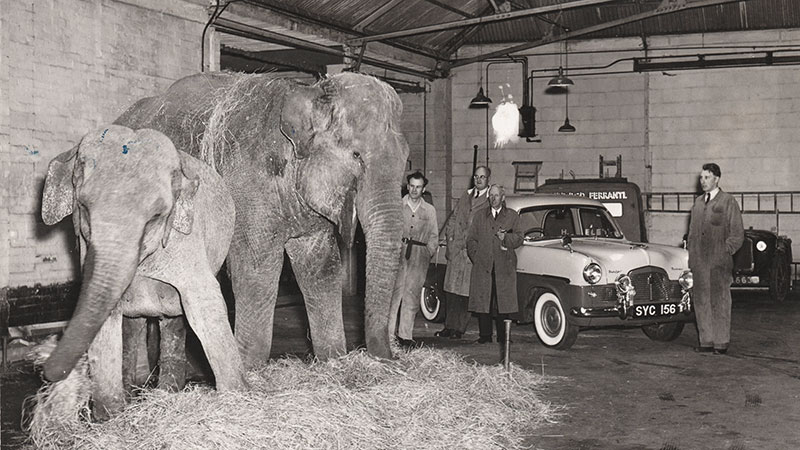 What do elephants have to do with Beautiful Engineering Techniques? Read on and find out.

Welcome to the Newcomen Newsletter – Edition 4

Newcomen looks forward to business as usual. But we don’t know yet if we have venues to return to. So we will have an online lecture programme to make sure you have access to Newcomen meetings. Watch this space for details of meetings as the picture becomes clearer.

Please spread this e-mail far and wide to anyone who might be interested. The most distant feedback so far is from Honolulu! Please re-tweet – the future of industrial heritage groups is a crucial policy issue. This month there is a new section – Newcomen News. 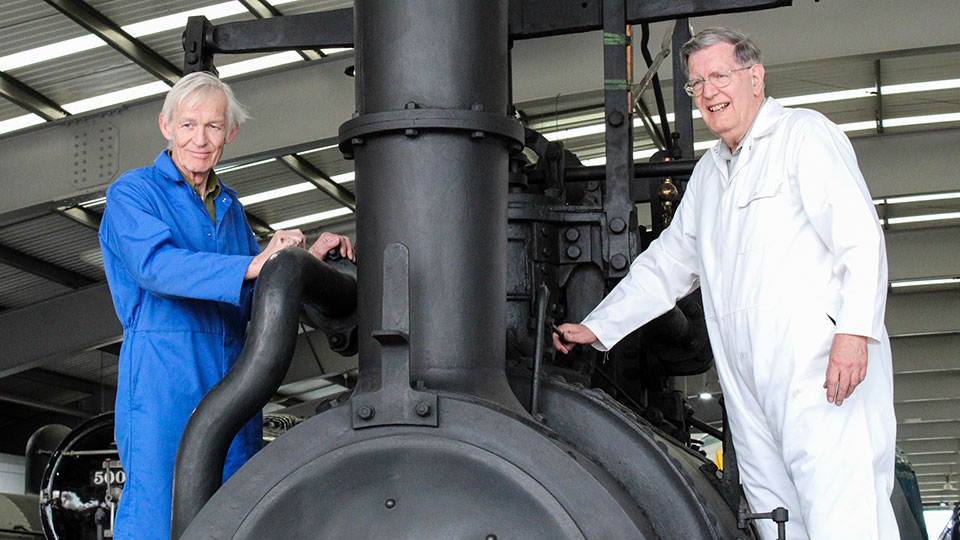 Two Newcomen Society Members – Dr Michael Bailey and Peter Davidson – conducted a forensic analysis on the steam locomotive Lyons, to discover that key components used in manufacture of Lyons were not available until twenty years after Rocket was built! Read more . . . 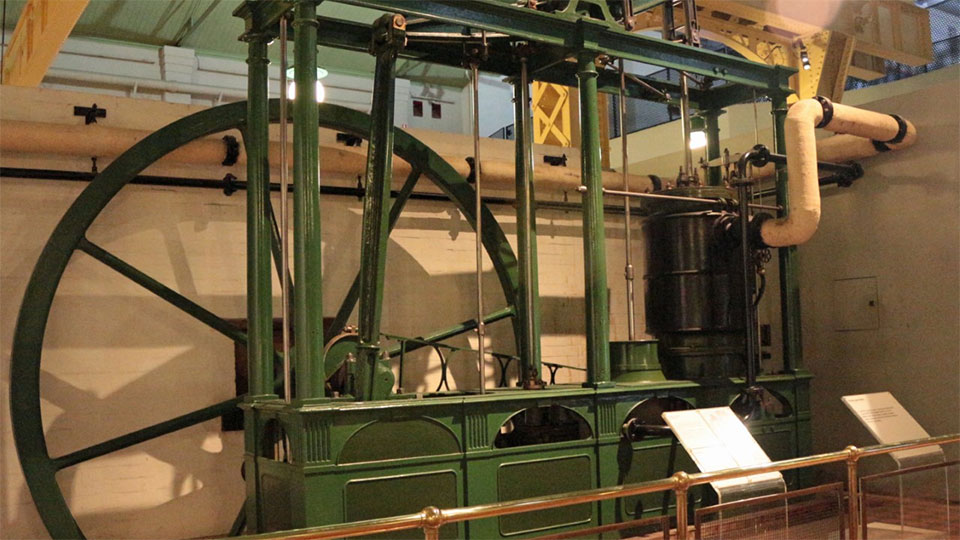 The Society has campaigned for the retention of The Powerhouse Museum in Sydney, Australia, one of the world’s leading science and technology museums. The New South Wales Government spent five years planning to redevelop the site, which stands on a former tramway power station and disperse the collection. Read more . . . 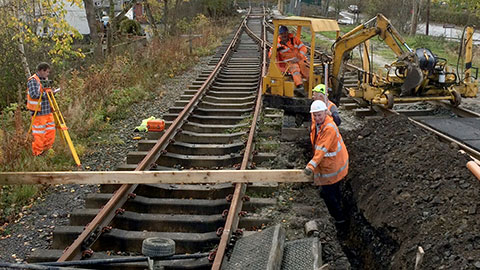 Curator, writer, presenter and hiker who’s interested in the past, present and future of the railways, Bob Gwynne tells a fascinating story of linkages between engineers in Wales & the North West, while making compelling points about the future of preservation groups and their role in society. 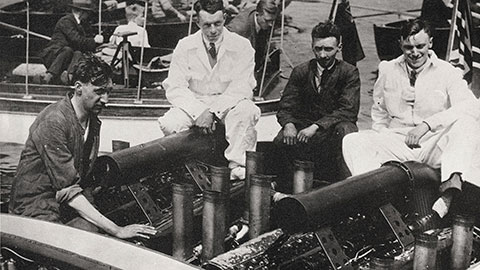 “Beautiful Engineering Technique” is how The Lancet described “Mr M.J. Willcocks and his many colleagues”, hardly the language usually found in an august medical journal. We explore 50 years of history of the Clevedon firm of Willcocks, pink elephants, flying saucers and all! 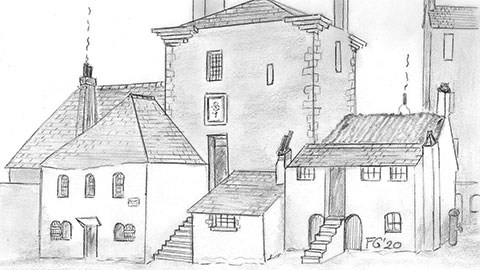 Where was James Watt’s Kettle?

The bicentenary of the death of James Watt (1736-1819) prompted new research on this famous inventor and entrepreneur. Francis Green ties down James’s famous childhood experiments with a kettle to his Aunt’s house in the Gorbals district of Glasgow.

Rolling On The Deep (William Kennish)

The Society’s Annual Tour visited HMS Trincomalee, a 19th century sailing warship afloat at the Royal Navy Museum in Hartlepool. This posed the question: how do you aim a broadside from a Naval ship in a rolling sea?

One inventor who helped solve this problem was William Kennish, an illiterate Manxman who rose to become the leading carpenter of the Mediterranean fleet. He invented a gunnery control system in 1828 and a Newcomen member’s patient reconstruction of this novel aiming theodolite can be explored via this website.

End of the Pier Show

How do you survey a marine structure like Clevedon Pier when you only have access at “super-low” spring tides for just an hour? Answer . . . use a drone to film the whole structure safely and swiftly when the moment arrives!

This brief film, showing what can be observed by an inspection drone, comes from a company whose work has featured in Game of Thrones. The visually stunning footage includes the Mouchel-Hennebique reinforced concrete landing stage of 1911 at the end of the Pier.

Lloyds Register Foundation has put its Registers of Shipping up to 1828 online and in searchable format. They also give web-links to other sources for later copies of the Register. This remarkable reference source makes the sets of printed Lloyds Registers obsolete at a stroke!

The Lloyds Register Foundation, Heritage and Education Centre also offers much other material including Jordan’s Map of the Thames and Casualty Returns by year.

The Maritime Archives are a wider source for marine research, everything from passenger lists to slavery records, from photographic sources to the Mercantile Navy List as an alternative to Lloyds Register

The capricious nature of preservation is illustrated by this website on ship preservation. There are no British built general merchantmen with derricks, forecastle and centre accommodation left, even though they were ubiquitous cargo carriers worldwide before the advent of containers.

A compelling follow up to Phil Judkins story of the development of the Cavity Magnetron for radar during World War Two is his account of the personnel who were involved in radar tracking, including many women operatives. This well-illustrated piece shows the development of radar displays and discusses the psychological impact on the WAAF plotters involved. There are references for those who wish to pursue the story.

No doubt Newcomen members have spent lockdown catching up with do-it-yourself chores. But did you realise DIY has a surprisingly long history and had female protagonists in earlier centuries. In this video, Ben Russell of the Science Museum surveys the history of Do-it-Yourself from his garden shed – where else? Includes TV favourites such as Barry Bucknall and ends with today’s Maker Movement. It seems DIY has always had a strong underlying moral theme.

Built by Women, for Women

Graham Fraser’s item for BBC Scotland was featured on the Newcomen Society website a year ago, but deserves a second airing.  Read about Dorothée Pullinger, a pioneer who built the Galloway car in Scotland for women, by women.

French born, Dorothée was the daughter of car designer Thomas Pullinger who worked for car maker Arrol-Johnston. Dorothée gained manufacturing experience in munitions during the first world war, an MBE for her war work and admission to the Institution of Automotive Engineers.   She became manager of Galloway Motors, a subsidiary of Arrol-Johnston, at its factory in Tongland, near Kirkcudbright. The Galloway car was designed by women and built by a female workforce. See also: Scottish Engineering Hall of Fame | Dorothée Pullinger

3 books covering William Fairbairn’s extraordinary range of achievements, the often overlooked study of railway warehouses & the remarkable Yorkshire woman Hilda Lyon. Know of a book that may be of interest to members? Please send ideas to: editor.links@newcomen.com 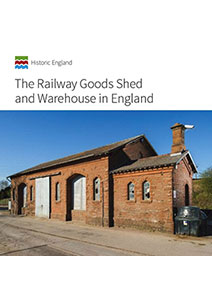 Functional architecture is woefully neglected and omitted from architectural guides. This remarkable study and gazetteer shows the evolution of railway warehouses which served as distribution hubs for 130 years. It covers large town centre warehouses and local goods sheds alike. Isn’t it time for a study of modern, computer controlled warehouses at motorway intersections? 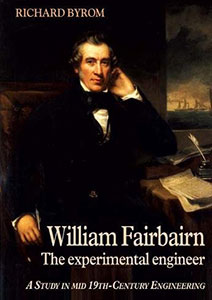 Richard Byrom, the specialist on William Fairbairn, has spoken to packed audiences at Newcomen branches. His book, William Fairbairn: the Experimental Engineer, A study in mid-19th century engineering covers his extraordinary range of activities from mill buildings to steam engines and boilers, and from bridges and cranes to shipbuilding and locomotives. 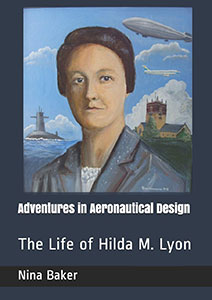 1st full biography of the life & work of Hilda Margaret Lyon, a talented mathematician & aeronautical designer. She was not ‘merely’ a trail-blazing woman in engineering at a time when women were not expected to be engineers, but also a technical pioneer, respected in her field & contributing significant technological advances during the early days of aviation. A remarkable Yorkshire woman & a significant engineer, deserving of more widespread recognition today.

Warm thanks to Deborah Jaffé , Jonathan Aylen, Julia Elton, Dan Hayton, Peter Filcek and Bob Gwynne for the above sites. 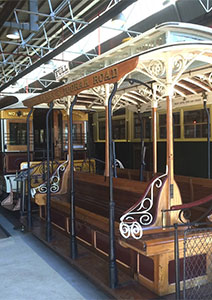 Melbourne had the 2nd largest cable tram network in the world after San Francisco. An article by Miles Pierce out in Volume 89 of the International Journal for the History of Engineering and Technology explains the engineering of the 19th Century scheme, including the role of the “dummy” car (shown here) occupied by the gripman who grasped & released the steel cables running under the road. The article is free to download here.

Edition 254 (June 2020) is now out in hard copy and available for members to download from the website. Copy date for September issue is 1st Aug. Please send contributions to: editor.links@newcomen.com 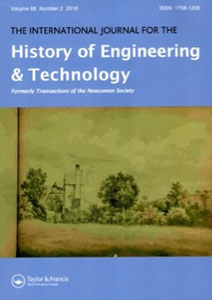 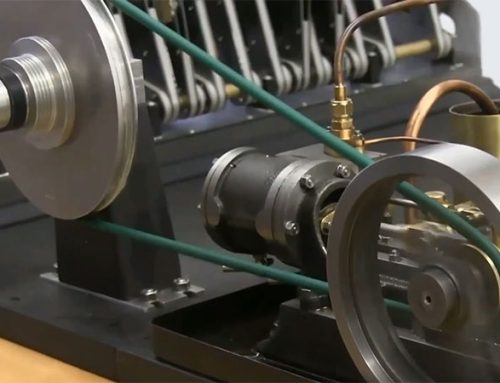 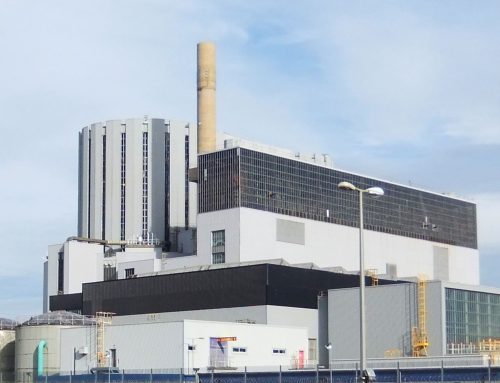 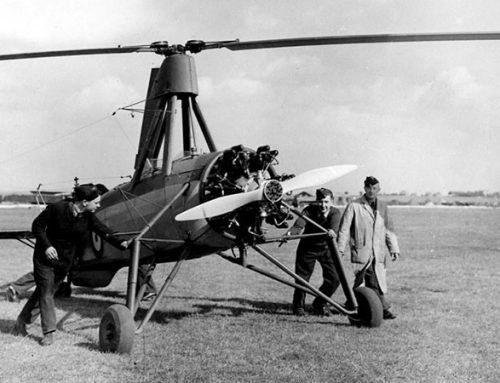 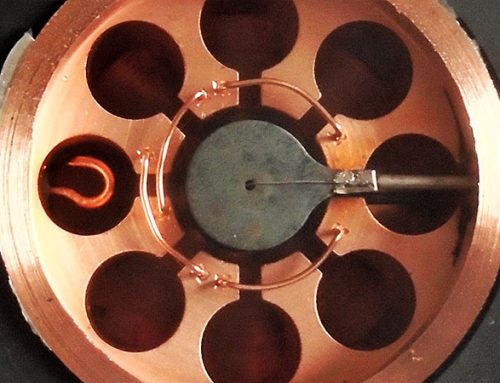 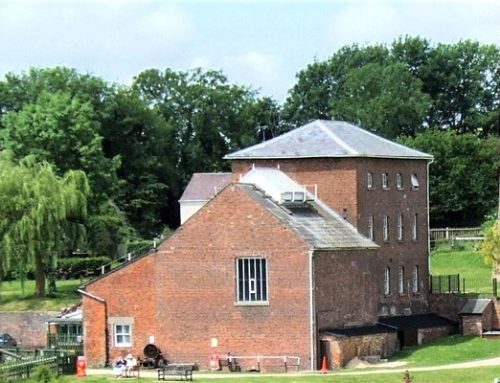