This year, 2020 marks the 80th anniversary of the development of the cavity magnetron, a small but immensely powerful and robust radio valve, at first used in wartime radars and today at the heart o­f every microwave oven.

Originally developed in 1940, at Birmingham University, by John Randall and Harry Boot, and production engineered by GEC in Wembley, Britain used the magnetron to build the world’s first high power compact radars for fitting into warships, aircraft, and vehicles. These radars helped to locate submarines in the wartime Battle of the Atlantic and to defeat the 1944/5 cruise missile assault by the German V-1 Flying Bombs.

The Americans, with whom the secret of the magnetron was shared in the 1940 British Technical Mission (the Tizard Mission), called it “the most valuable cargo to reach these shores”.

Once the magnetron was discovered to heat water and food, it came into almost every home as the core of the microwave oven; over a billion have been made. One key to its success is the permanent magnet which gives the magnetron its name. The first magnetrons employed electromagnets and so were suitable only in laboratories, not for military use. The contribution of precision permanent magnets came from the skill and expertise of foundries such as Darwin’s and Jessop’s in Sheffield, as the city had developed an expertise in radio loudspeaker magnets during the 1930s.

Sheffield’s foundries and the insights of its University Professor Willie Sucksmith, helped take the magnetron from the laboratory into aircraft, ships, vehicles and eventually almost every restaurant, cafe and domestic kitchen in the world. 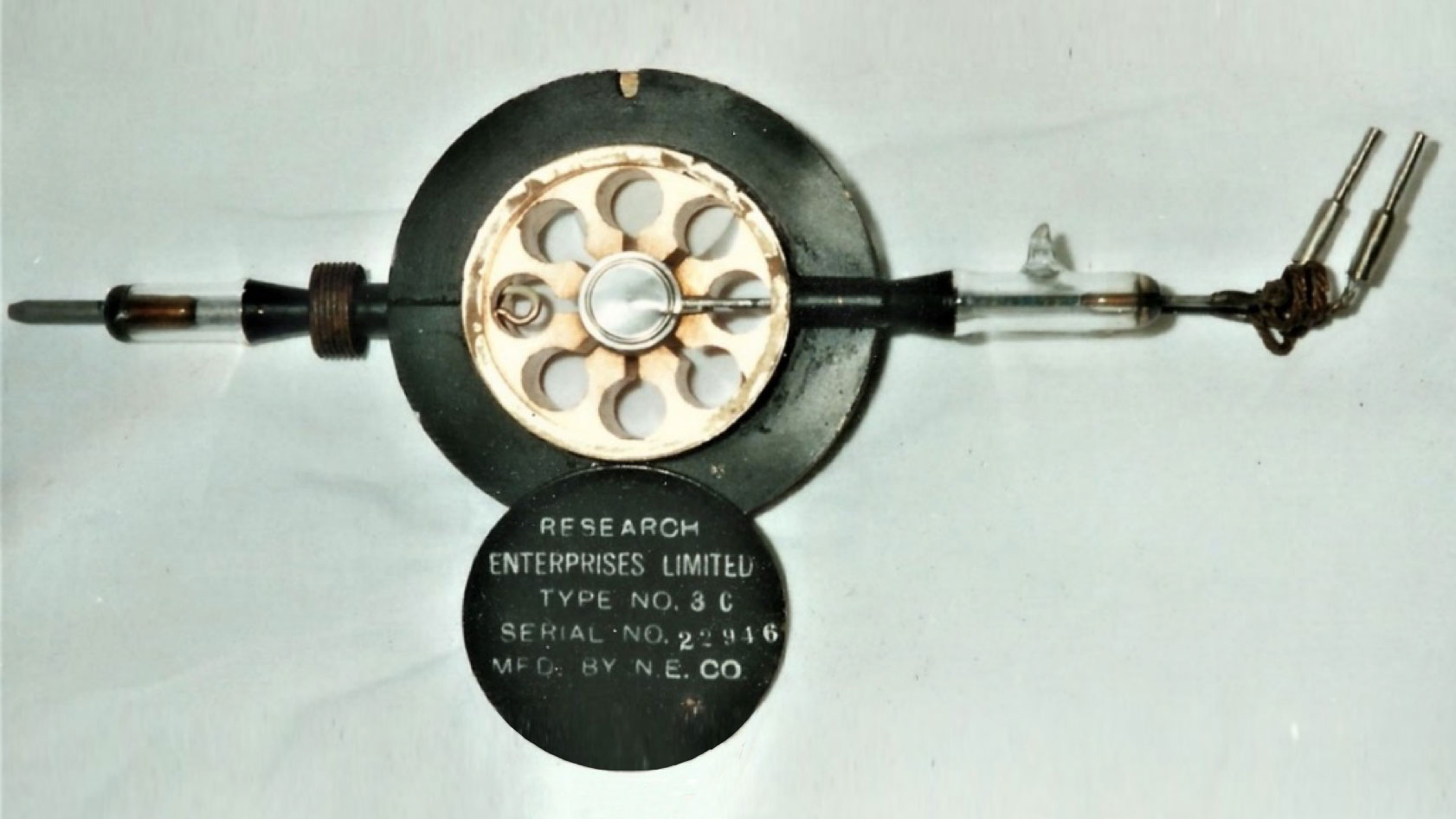 Image of a sectioned wartime magnetron, showing the cavities whose dimensions determine its operating frequency; the permanent magnet is not shown but fits around the magnetron. This rare example was made in Canada following the 1940 Tizard Mission.

Phil’s love of industrial archaeology stems from his childhood playground being an abandoned Victorian waterworks, with no ‘Health and Safety’ to concern him! Cambridge’s Classical Archaeology Course led to several years in ‘dirt archaeology’, followed by a management career which ranged from the Atomic Weapons Research Establishment to the City of London.

Phil then gave structure to his abiding interest of historic defence electronics through a Cranfield PhD in the History of Radar, and successive Fellowships at the UK’s Defence Academy and at Buckingham University’s Centre for Security and Intelligence Studies.

He currently chairs the Defence Electronics History Society and the Purbeck Radar Museum Trust, in addition to serving on the Committee of the South Yorkshire Newcomen Society, and lectures on defence topics throughout the UK. Phil’s particular perspective is to present the role of electronics in conflict, as seen by all the contending parties, rather than from a single national perspective, and as such Phil welcomes collaboration with colleagues internationally.

Now in its Centenary Year, the society has published over a 1000 papers in The Journal – an invaluable archive of original research material published twice a year, covering all aspects of engineering from ancient times to the present, plus available to browse and download in our FREE TO MEMBERS Archive.