This account of a gas explosion is from a local newspaper dated, perhaps, Monday May 30th 1910.

A house in St. Mary’s Road, Upton Park was partly wrecked and completely cut in two on Saturday by a gas explosion.

The furniture was reduced to a mass of debris, while Mr George Tetin, the occupier, was injured and his wife and two daughters had narrow escapes.

Mr Tetin smelt gas in every room and lit a match to see if the escape was from a gas bracket in a passage. It was not, and he then opened the parlour door.

“No sooner had I done so”, he stated yesterday, “than flames sprang up all around my head, and there was an explosion like thunder. I was thrown to the ground and something dropped on me, but I rushed into the room and tried to extinguish the blazing curtains.

I really do not know exactly what happened afterwards but four men took me to the hospital in a fire escape. My head and right arm were burnt and my hip was injured.”

Mrs Tetin was in bed at the time and felt the floor slipping from under her. She managed to scramble out of bed and stand against the wall, while the bed and floor fell until they were at an angle of 30 degs., and the furniture disappeared into the room below.

The staircase had been destroyed by falling bricks, but she was helped to the ground over the debris by people who were passing.

Her two daughters, who slept in the next room, attribute their escape to the fact that the window was open. Fifty canaries in the dining room were also uninjured.

The only article of furniture in the parlour which was not smashed was a French clock in a glass case. The glass was not even cracked and the clock did not stop!

It is true that George Tetin, my Great-Grandfather was an avid keeper of canaries. The large Ormulu clock in a glass case which survived the explosion had been brought from France when George fled to Britain around 1871. My Great-Grandfather was a skilled joiner (he made musical instruments by trade) and got together with my Grandfather, a time-served bricklayer, to rebuild the house following the gas explosion. 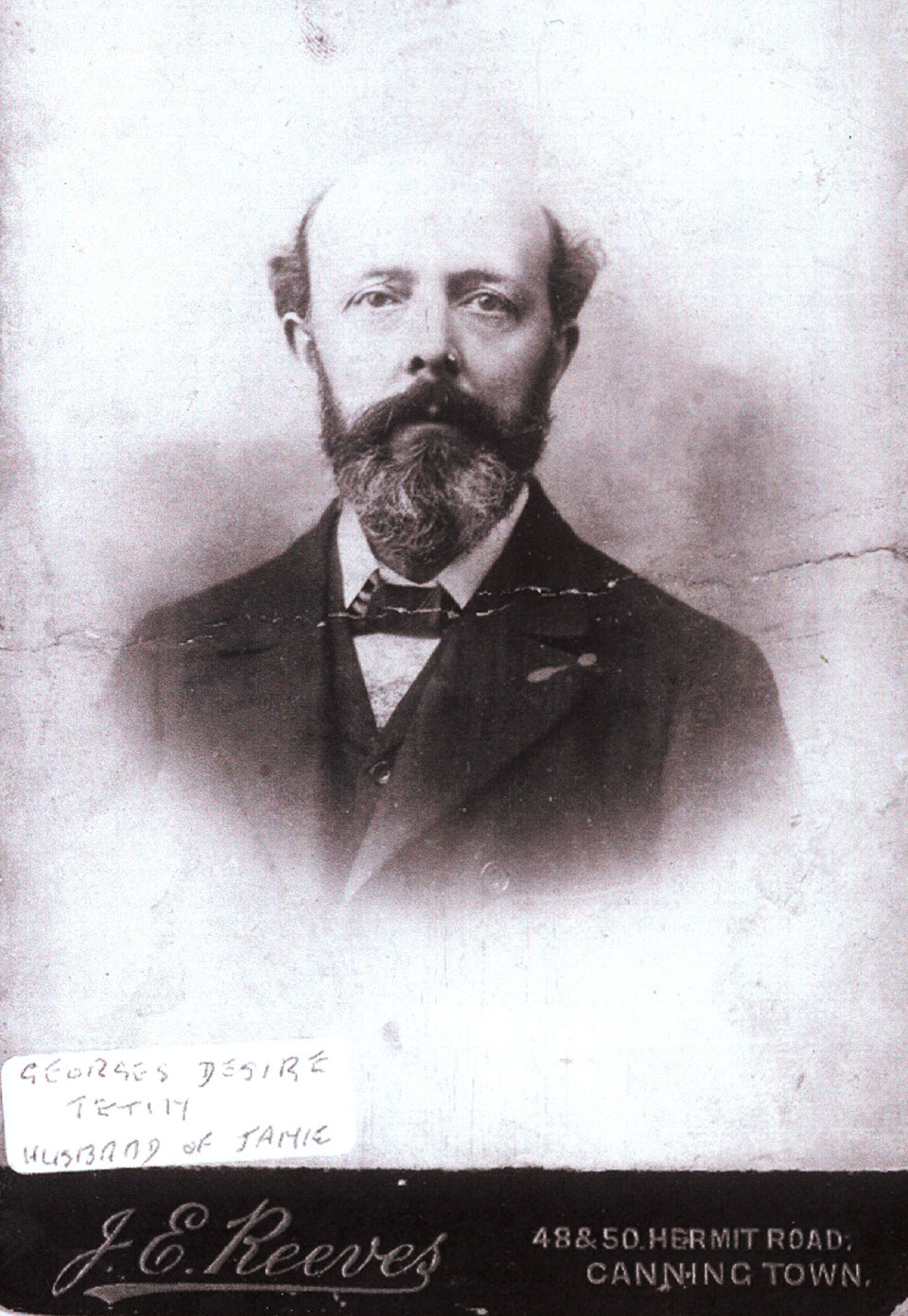 Read about a similar incident involving the early days of gas being used in people’s homes . . .

The Hazards of New Technology

I am currently locked down at Clevedon Court, our family house in Somerset continuing the long task of transcribing the diaries of my great-great grandfather, Sir Arthur Elton (1819-1883). They throw up a lot of interesting things about the difficulties of introducing modern conveniences to an enormous mediaeval house.