Coals to Whitstable – How old technology fades away

Jonathan Aylen tells a sailor’s yarn of how old technologies fade away.

The fax machine remains central to business life in Japan, but has disappeared elsewhere. Crack steam locomotives were relegated to goods traffic as diesel took over. Elderly jet aircraft are downgraded to freight carrying before being cannibalised for spare parts at boneyards in the Arizona desert and elsewhere. Video hire was once a profitable business. It is no longer fashionable to flaunt an i-pod.

Here we look at the last of the sailing ships. Not the mechanised, modern steel hulled windjammers of the Last Grain Race, but prosaic coasting vessels made of wood – the topsail schooners, the elderly brigantines and boomie barges that carried cargoes such as coal and china clay between small ports around the shores of the UK.  These small vessels dominated coastwise trade in the 19th century, but only 2 were left working under sail by 1947.

The Long Decline of Merchant Sail

The long decline of the merchant sailing ship in the twentieth century is a complicated story. UK sailing ship construction last peaked in 1892, and dwindled thereafter. But freight rates jumped dramatically during the First World War from 1915 onwards. This spurred new construction elsewhere in countries blessed with abundant timber and a wooden ship building tradition such as the American West Coast or the East Canadian seaboard. Yet, as Oliver Carpenter shows, the triple-expansion steam engine reigned supreme in British cargo ship construction from the late nineteenth century onward, while the small wooden sailing ship became increasingly marginalised in British coastal waters.

Yet even in the twentieth century, there were minor ports with shallow approaches requiring small cargoes that even small steam tramp ships could not, or would not reach. Capital intensive steam ships could not afford to wait for the tide or dally while primitive cargo handling techniques delayed their departure.

The decline of coastal sail is epitomised by the Whitstable coal trade. Whistable, on the Thames Estuary in East Kent, has a small harbour built in 1832 and was served by the Canterbury-Whitstable Railway (the “Crab and Winkle” line) opened two years earlier. Sailing vessels could tranship modest cargoes of coal directly from their holds to railway wagons using “jumps” to manually lift baskets of coal.

There was a regular coal trade from the staithes of Tyne and Wear in the North-East of England, south to Whitstable where the coal was distributed by rail throughout Kent for domestic fuel and small gasworks in the area. Whitstable was too small to matter, but big enough to provide a profit for local shipping companies. It was the kind of port typified by the yarns of W.W. Jacobs, the now unfashionable author who told shaggy dog stories of little consequence about small cargoes, crewmen and captains on barges and quaysides.

By 1895 there were more than 50 sailing vessels operating out of Whitstable.   The major ship owner was the Whitstable Shipping Company formed in October 1885 by two independent Whitstable shipowners, J.R. Daniels and G.H. Gann. They had their own shipyard to repair and maintain their sailing fleet and even branched out into building ketch barges in 1890. They diversified into spritsail barges from 1893 onward for local trades up and down the Thames Estuary to London.

Unlike other ship owners, the Whitstable Shipping Company did not make the transition to steam colliers. Instead they bought and maintained a large fleet of predominantly second-hand sailing vessels which regularly plied their trade to Sunderland and Tyneside carrying ballast north and coal back south. 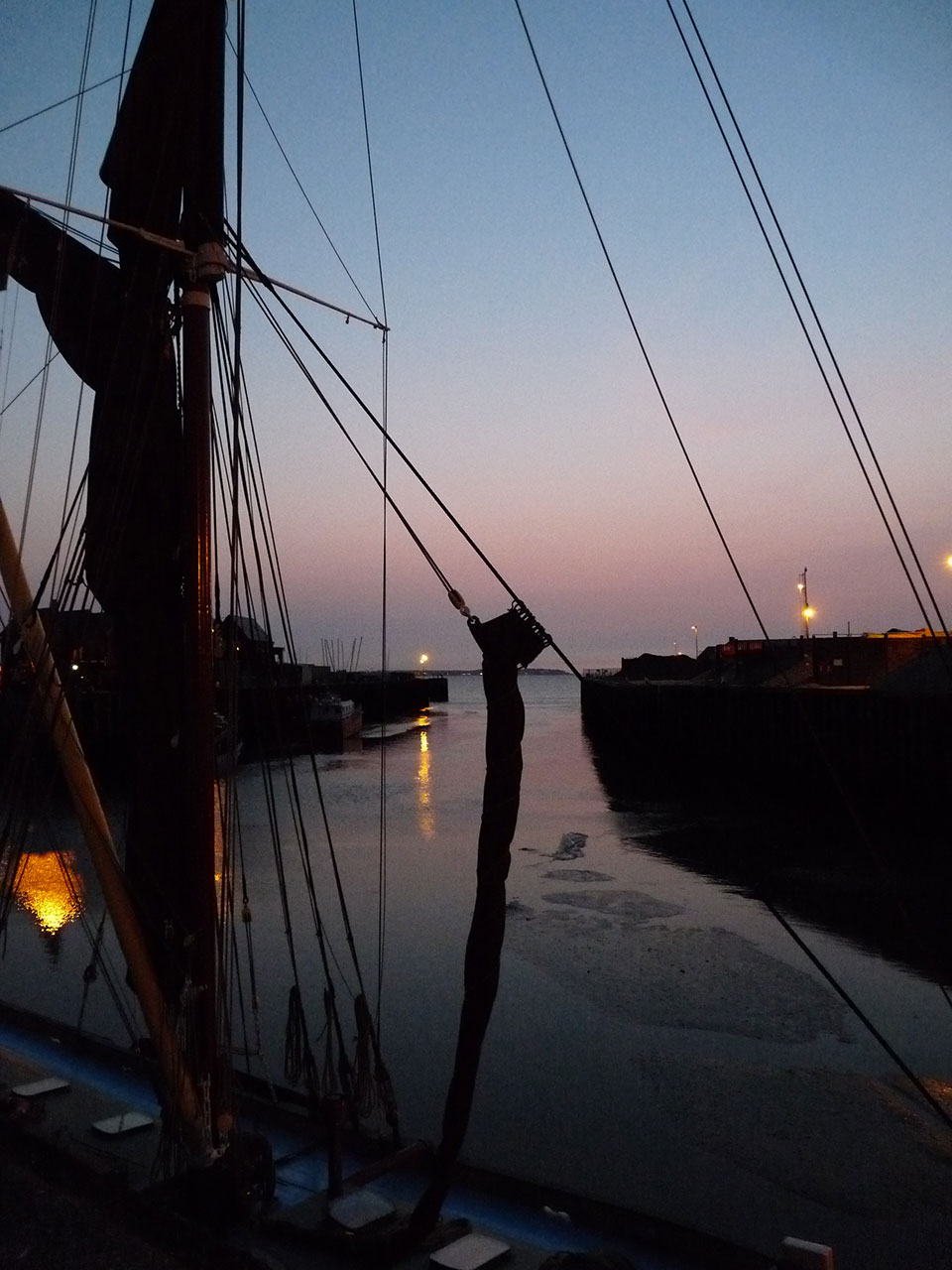 Typical of these vessels was the brigantine Conoid, shown here sailing northwards past Flamborough Head, painted by a Sunderland river policeman John Fannen in 1899 for W. Joiner, who had been her master in 1897-98. Conoid was launched in Peterhead for local owners in January 1865, but moved to Whitstable in 1884. She was taken over by the Whitstable Shipping Company after various local owners in October 1885. Just under 100 feet long, less than 25 feet wide and requiring only 11 feet 5 inches of water, she carried coal from the North-East to Whitstable and other small Kent ports such as Folkestone. 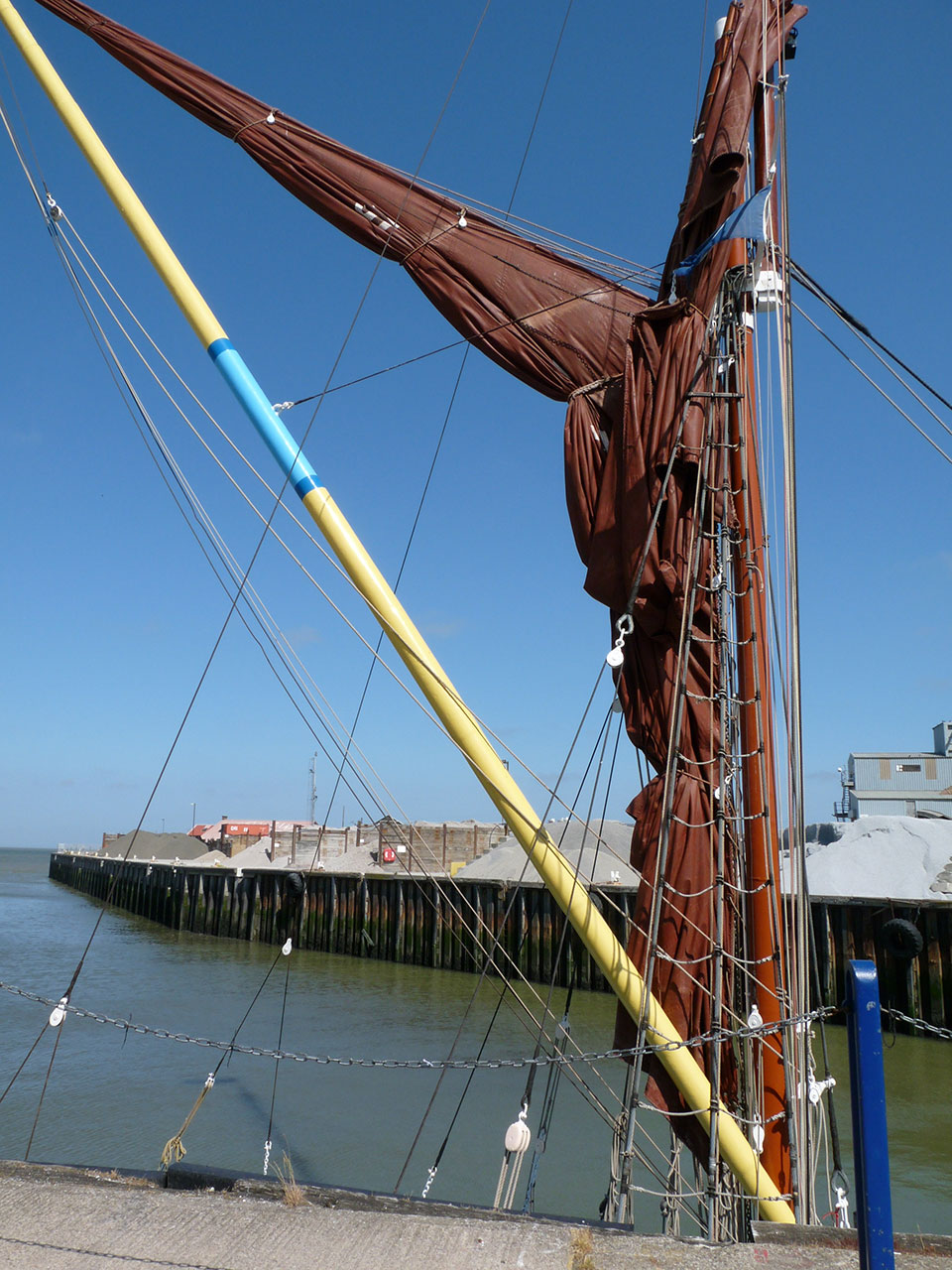 Accounts survive for the Conoid: Take a typical round trip voyage – Whitstable to Whitstable – as war broke out in July / August 1914. Outward bound, Conoid shipped 250 tons of spent ore from a gas works in Barking on the Thames in London for the Tyne, perhaps for Tennant’s Alkali Works on the south bank at Hebburn on the south bank of the River Tyne. It must have been a vile cargo as the crew were paid an extra one guinea “gratuity on burnt ore”. Conoid then collected coal at Seaham, County Durham for the voyage back to Kent. The costs of the round trip was close to £89, the revenue little more than £102 giving a profit of £13 for seven and a half weeks work by a crew of six! Total profit for the whole year, September 1913 to September 1914, was just under £155 on seven round trip voyages. We should not be romantic though, as this was tough, even brutal and certainly dangerous work up and down the East Coast of England in all weathers.

Conoid was later sold to Fowey, Cornwall in 1917. By then she was 52 years old and seems to have been re-rigged as a three masted schooner in Cornwall, presumably to reduce manning levels. This new rig did not last long though, as Conoid was sunk on 29th March 1917 by gunfire from the German submarine UB-40, three-and-a-half nautical miles north of Cape Barfleur, on a passage from Fowey to Rouen carrying china clay – the crew survived. These war losses hastened the disappearance of the coastal sailing vessel.

Many Whitstable Shipping Company vessels were commandeered by the Government at the outbreak of the First World War and by 1917 the Company had sold out to Daniels Bros who remained in the sailing barge trade. The days of the coastal sailing vessel were over as fleets dwindled in the inter-war years. The last of the old vessels either wore out, or were converted to motor ships with diesel propulsion.

However, in the Shock of the Old, historian David Edgerton points out that many discarded technologies still thrive in emerging economies. For example, sailing vessels little different to their nineteenth century predecessors continued to trade in the Indian Ocean with cargoes of rice, from what was then Burma, to Ceylon and India up until the 1950’s. 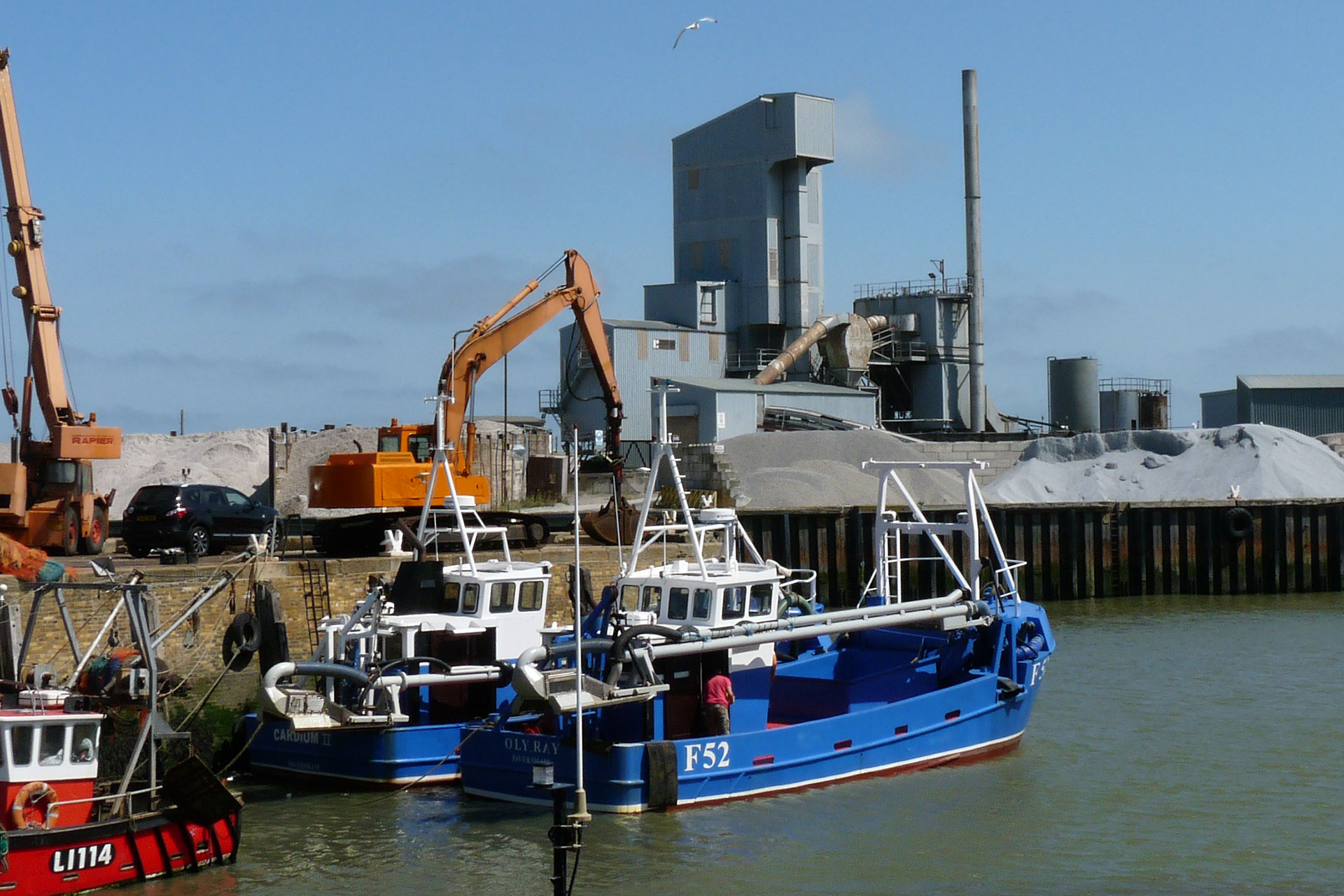 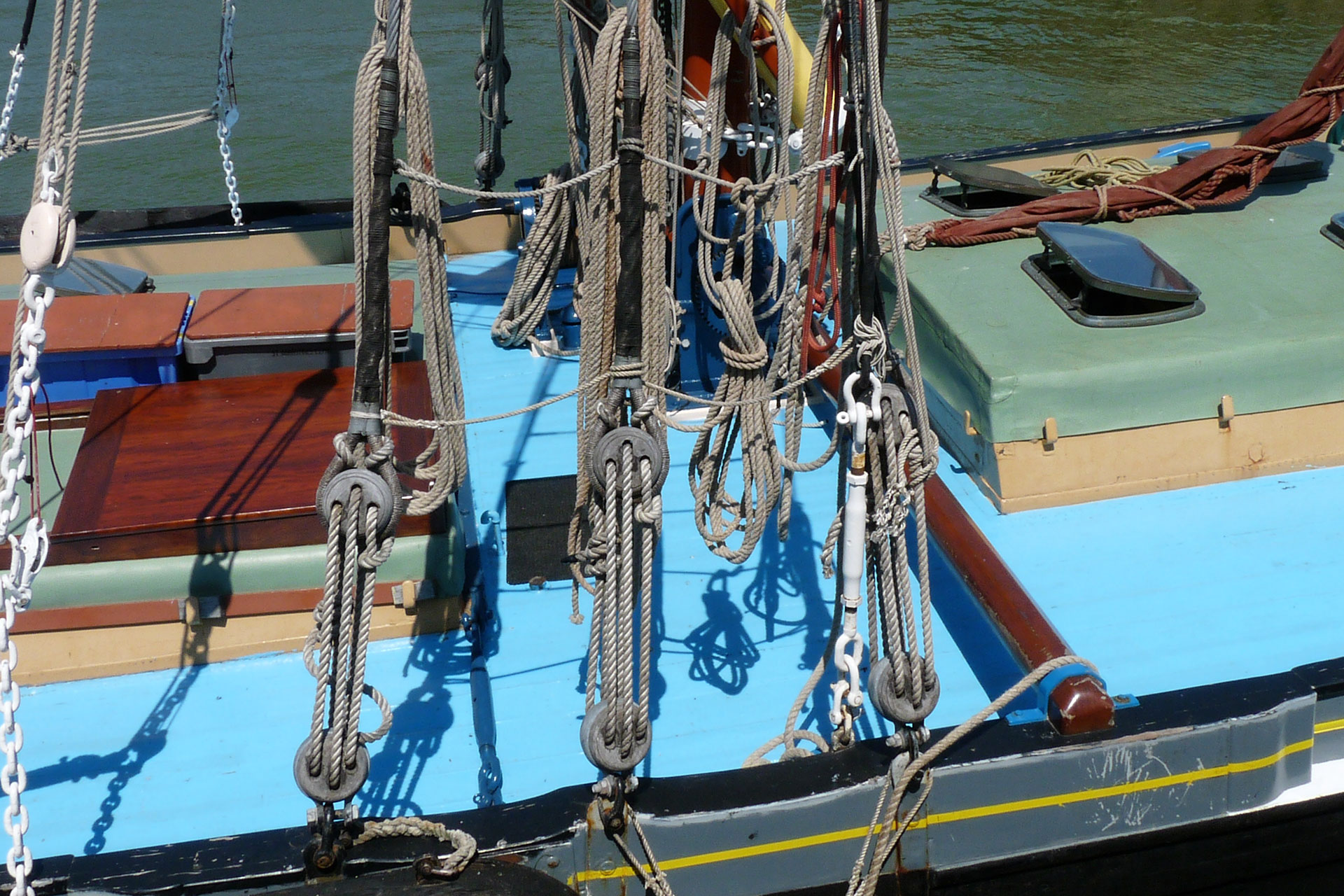 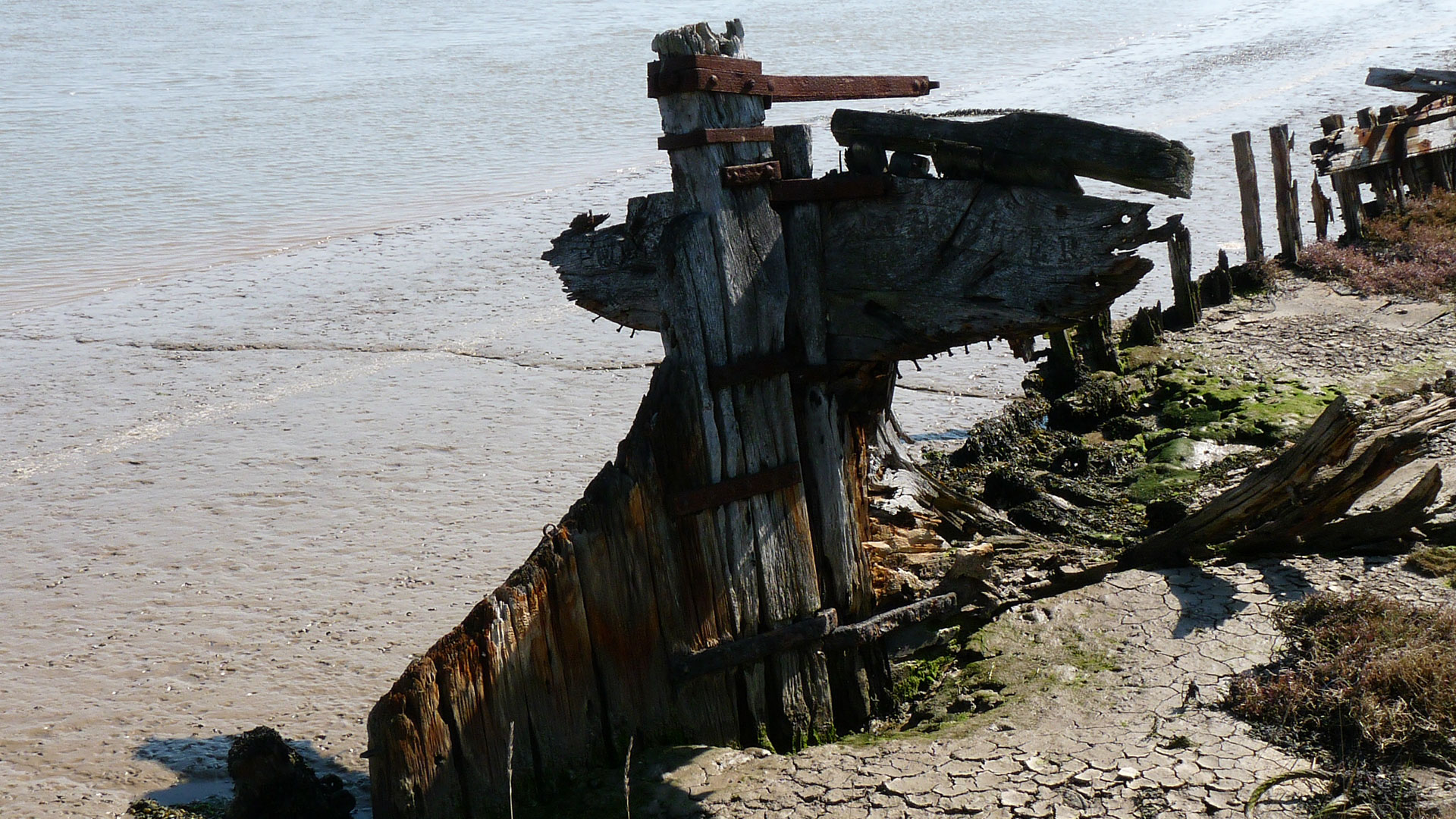