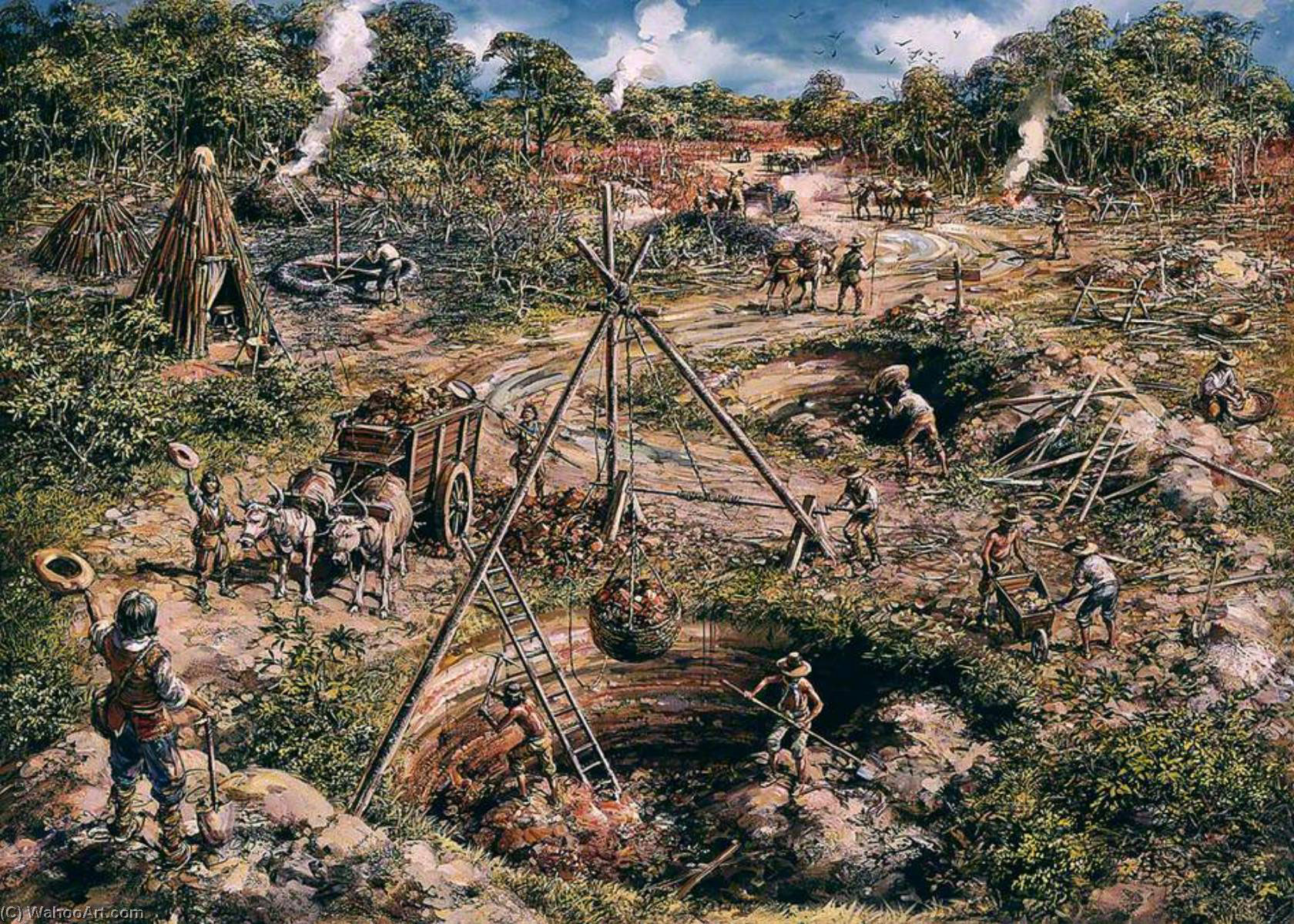 However, the area supported a much older iron industry stretching back some 2,300 years. Early furnaces were small, made of clay and stone, and produced a solid spongy mass of iron called a bloom that was never molten but could be hammered into useful shapes. Knights’ armour, weapons, horse and ox shoes, nails and tools were all made from this bloomery iron.

In 1490, the very first blast furnace was built in Britain, on the Weald, at Buxted in East Sussex. Called blast furnaces because bellows blew a continuous blast of air into the furnace near its base, these furnaces produced molten iron that could be cast direct from the furnaces into useful items such as fire backs, salt pans and later cannon and shot.

To make tools, horse and ox shoes, nails and hand weapons, the iron had to be refined in forges to reduce its carbon content. For this the iron was cast into large ‘beams’ 2-3 metres long weighing half a tonne or more, called ‘sows’. These sows were refined at the forges by burning off the tip of the sow under a blast of air and hammering the resultant mushy mass into long bars. The beating of the water powered hammers gave rise to the name ‘hammer pond’.

Dr Tim Smith, is a graduate in Metallurgy and has been a member of the Historical Metallurgy Society since his student days at Brunel University. Tim is a leading global expert on modern iron and steel technology.

As one of the first Newcomen Events to be conducted online as a result of the Corona Virus pandemic, this talk attracted great praise: “excellent”; “entertaining”; “fluent”; “informative”; “an excellent lecture on a subject of great interest” and from a member in the USA: “The webinar yesterday was excellent – very good talk and excellent slides. It has certainly set the bar high”

This is an Online Event
Online,