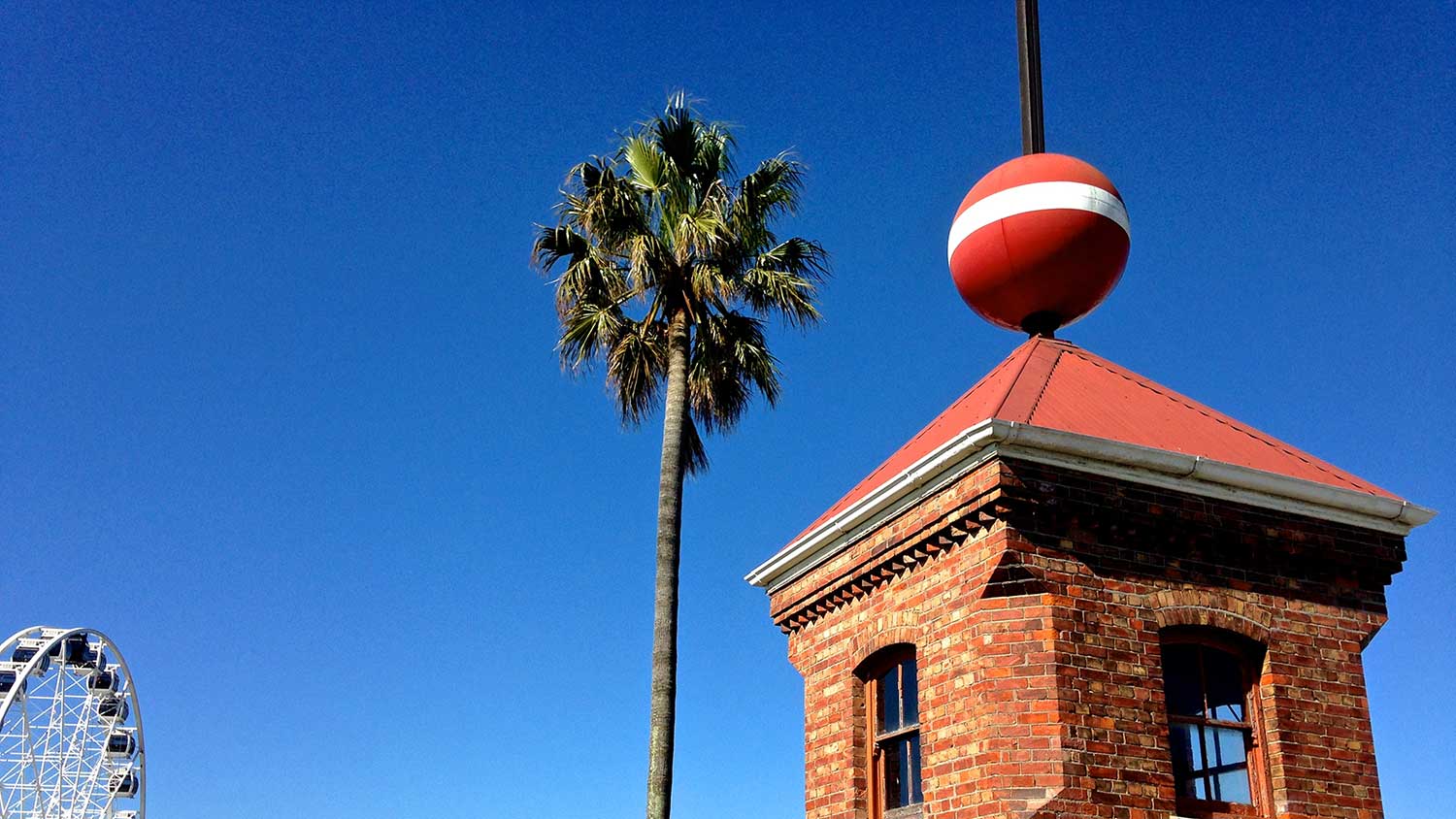 From Time Balls to Time Lights

A presentation by Dr Roger Kinns

The time ball at Greenwich was established in October 1833 after persistent lobbying by Robert Wauchope and successful experiments at Portsmouth in 1829. It used a mechanism supplied by Maudslay, Sons & Field to provide an accurate, visible time signal for marine chronometer calibration. It became the reference system for installations worldwide, but it had been preceded by a shuttered, stationary time ball at Port Louis, Mauritius in April 1833, that had been made locally.

Maudslays built only four more time ball systems: for Edinburgh and Deal in 1853, for Sydney in 1855 and finally one for Siemens Brothers in 1873, who added additional equipment and shipped it to Lyttelton, New Zealand. Hundreds of other signals were provided world-wide by different suppliers, ranging from time balls to rotating discs and electric lights under observatory control, often complemented by time guns. Most had ceased operation by the 1930s when radio time signals had become almost universally available. Destruction of the time ball in Wellington, New Zealand by fire in 1909 led to the introduction of electric time lights there in 1912 and in Auckland from 1915 but were only withdrawn in 1937.

This talk will be illustrated using photographs and other images from around the world.

Roger Kinns has worked as an independent consultant since 1999 with principal research interests in vibration and underwater noise due to marine propulsion systems. He read Mechanical Sciences as an undergraduate at Gonville and Caius College, Cambridge and then took an MASc degree in control engineering at the University of Waterloo, Ontario, before returning to Cambridge to complete a PhD in unsteady aerodynamics. Roger was the first Maudslay Research Fellow of Pembroke College, Cambridge before moving to Scotland and joining YARD Ltd in Glasgow to develop and apply techniques for the acoustic design of ships and submarines. Roger has lived in Clynder, near Helensburgh, Scotland since 1975. The Maudslay connection led to an enduring fascination with the history of engineering and particularly time signals.